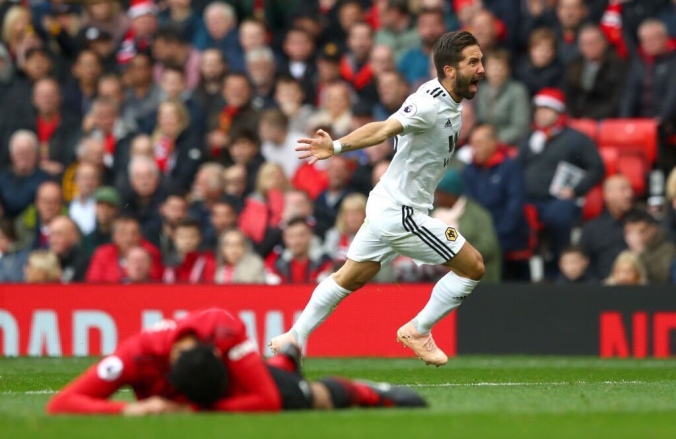 In a world of lies and untruths it’s very easy to become a sceptic with the things you read and hear. Our politicians are a prime example of such deception. This is also extremely pertinent in the world of football. So to have a head coach who endeavours to deliver on his promises and keep his word is not something we should take for granted.

All summer our Nuno had to answer questions about how we would tackle the Premier League and what our objectives were. Ever since then he has been like a broken record regurgitating the same speech; ‘we have our philosophy, we work hard, we stay organised, stay humble and see what happens’. Bar a few teething problems in the first couple of games we have taken our new philosophy and implemented it to a tee.

Nuno places a huge emphasis on our shape and being defensively organised and we’ve conceded only 2 goals in the last 4 games which includes the top 2 teams in the country last season. We are also demonstrating our attacking ideology and whether we are at home to Burnley or going to a ‘mythical stadium’ like Old Trafford we won’t change. Managers claim to set their teams up to win every game they’re involved in. Our Nuno is one of the few that is telling the truth.

Going into the game there was a lot of enthusiasm within the fan base and personally this is the first time I’ve visited Old Trafford genuinely hopeful of a positive outcome. We weren’t disappointed.

We started the game on the front foot and had a corner within the first minute. The home side were shellshocked and our effervescence consumed the Man Utd players. For the first 18 minutes it was all Wolves. The first time they got into our box, they scored. Perhaps a lesson we need to learn about the ruthlessness required to fulfil Fosun’s ambitions.

Prior to the goal it was probably the perfect away performance. Very similar to what we did at West Ham. We kept the crowd quiet and kept the home team at arms length while creating our own opportunities at the same time. The fact David De Gea was their standout player is a huge compliment to our team and an example of how far we’ve come. We limited the most expensive centre forward in the world to scraps and I’d be surprised if his ‘touches’ reached double figures in the first half. Scoring the goal did relax the home side and they kept possession a lot better thereafter. They also had the territory from then till half time without creating anything. In the first 45 minutes Rui Patricio didn’t have a save to make. It was only in added time that he made a brilliant save to deny Fred his 2nd goal. So for the second game in a row we went in at half time ruing missed opportunities but still optimistic about a positive outcome at full time.

We started the second half just the same; Nuno would have stressed the importance of the next goal throughout his team talk and thankfully it came our way. I personally thought it was impossible for Ruben Neves to improve on his stellar season last year. If he only maintained the same standard we would have been over the moon. But he seems to have added an unknown steel during the summer. Twice in two away games he has won the ball through his pressing in the opposition half and both times it has led to goals. Paul Pogba was the beneficiary of several ‘home’ decisions on Saturday and his face when he wasn’t awarded a free kick when dispossessed was priceless. He looked as confused as a homeless man on house arrest. There was still a lot to do from there though. Costa was direct and tricky, Jimenez set the ball with the help of a deflection and the little magician still had plenty to do against the best keeper in the world. We waited with baited breath and it felt like time stood still from the moment he shot to when it hit the net. Cue pandemonium in the away end. Shout out to the Wombourne Pool Bar lads who I had to help up after falling forward several rows. Keep up the exuberant celebrations! We had belief before our goal. But once we scored it seemed to double and we were all over Man Utd like a rash.

For the next 10-15 minutes we got into many promising positions but unfortunately that’s how they ended. Our decision making in the final third has been questionable this season, no better example than with Adama Traore with the last kick of the game. But we mustn’t forget how young our team is and if they stick together and get the right guidance we could be witness to something really special. The last 15 minutes of the game we were pegged back but there was no backs to the wall defending or any heroic last ditch tackles. We were robust and organised and still remained a threat on the counter. We actually had more shots in the last 10 minutes than our esteemed hosts and some quarters of the crowd were pleased they escaped with a point. It just shows the fear Adama Traore strikes into the opposition. He has a lot to learn to earn a starting place in Nuno’s team but there’s no doubt he has the ‘X factor’ to thrive on this stage. All in all it was probably a fair result and how refreshing is it to go to the most successful club in England and more than hold our own.

It was very unusual to see the ‘Special One’ so magnanimous after the game. He acknowledged that we more than earned our point and even claimed that we play how he wants his teams to. Perhaps he’s trying to get into our good books so our uncle Jorge can give him one last payday in the Black Country in a few years. Nevertheless it’s still an honour to be getting this recognition from one of the most successful managers in the game. Even though I’ve been referring to him as a senile old man the last few years.

The last word has to go to the away support. One of the best atmospheres I have ever witnessed as a Wolves fan. The noise was deafening and incessant. As we move into a period of more ‘winnable’ fixtures I hope our expectations don’t dampen our enthusiasm whilst supporting our team. Let’s keep our record as the loudest ground in the league!