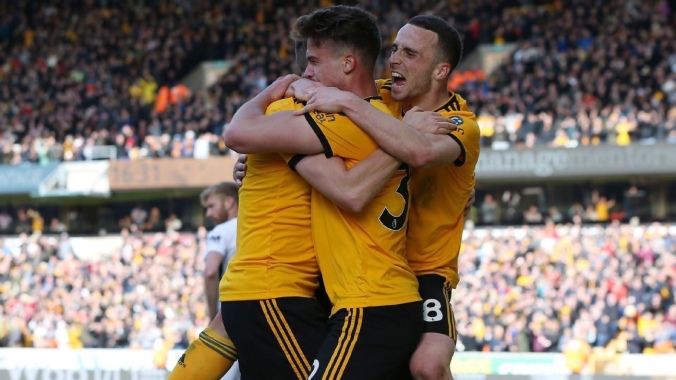 It’s amazing how the fortunes of clubs can differ. At the start of this season, both of these clubs were full of optimism, having spent a significant amount of money. I was called on to Talksport at the start of the season, alongside a Fulham fan from The Fulhamish podcast to discuss our forthcoming campaign. I was also asked whether we would finish higher or lower than a number of other Premier League clubs. Higher. higher. higher, I repeated. Sammy from the Fulhamish pod was equally upbeat. Only one of us managed to back up our convictions.

Is it just me or did we all kind of gloss over the meaningfulness of yesterday’s game? From start to finish, it felt very ‘end-of-seasony’. There was a fair amount of cheese being dealt around. How do you go from handing out an honorary doctorate to Nuno to welcoming WWE Superstar Sin Cara on to the pitch? I mean, I now have a selection of masks at home that frankly, I have no idea what to do with. All about the clicks though, hey?

So, Dr Nuno Espirito Santo. I love the man and he has done much to put Wolverhampton back on the map, not only nationally but internationally. I spent some time in Greece for work recently, a real arse end backwater of the country on the mainland, and even there, when I was decked out in my Wolves regalia of an evening, people were happily recognising how good a football team we were. And we’re not Wolves elsewhere in the world – we’re Wolverhampton. It’s a strange quirk of British life that so many cities and their football clubs are one and the same. What is Wolverhampton without Wolves? Not a lot, it seems.

But in this era of GOATs and frauds, are we too quick to bestow titles and achievements on people? There’s no doubting the transformative nature of Nuno’s tenure and maybe from the eye of the storm it’s difficult to get a genuine sense of how far we’ve come, but the last person I can recall getting an honorary doctorate was from my own University, Nottingham Trent – Sir David Attenborough, someone with a lifetime’s work behind them. Any-who, well done Dr Nuno, I’m sure this will take pride of place on your wall at home.

Enough of the pre-match cheese-fest then. Didn’t this final home game of the season come round quickly? Maybe it was the simple fact we play less games at this level, coupled with the simple fact that we’ve been having a bloody good time. Time does indeed fly when you’re having fun. All of this combined to a strange effect and there was neither a crescendo of a Molineux season-ender, nor the feeling that the game was of any importance, yet here we stood on the verge of delivering a seventh-placed finish that could take us into Europe come the start of next season. Holy s***balls.

The game itself felt like two teams with little to play for. In fairness to Fulham, they came with a degree of intent and had plenty of the ball. Yet another team that decided to go against their typical shape to match us as well, with Ryan Sessegnon taking up a right-wing back position and Cyrus Christie tucked in alongside Le Marchand and Ream. You could see why they’re going down though.

Despite having more of the ball during the first half, Fulham gave up all of the decent chances in the first half, and there were some good ones. Jota in particular was guilty of missing some great chances, ones you would expect him to take given his excellent recent form. We actually had a decent amount of shots on goal, not something you can always say about our attack. Whether it was our own inaccuracy, Sergio Rico in goal, or the woodwork we didn’t manage to make a breakthrough, although there wasn’t a lot wrong with the performance.

Most were having a good game, although you did sense discomfort from Conor Coady when directly up against Aleksandar Mitrovic. We seemed to settle into a bit of a daze in the second half as we looked to camp in the Fulham half, but we needed a little waking up. Mitrovic blazing an amazing chance over the bar seemed to kick us into gear and in particular Joao Moutinho.

His set-piece delivery throughout was on-point and he’d been a key figure for most of the game without truly stamping his authority. Good players spot the correct time to go for the jugular and the way he nipped the ball away Andre-Frank Zambo Anguissa and made a bee-line for the right flank felt like a grabbing of the scruff of the game’s neck. He opened up the opportunity for Doherty to burst towards the box and the cross and finish from Dendoncker were a thing of beauty.

Dendoncker has so much potential in terms of breaking into the box and getting on the scoresheet, it’s a mystery as to how he hasn’t scored more than the couple he has to his name. Both finishes were sweetly-struck volleys, he’s capable in the air, he has an incredible engine and a presence that means he wins ball from unlikely scenarios. He could be the M&S to Asda’s Dave Edwards in time and goals from midfield have to be a higher priority next season, especially given how many crosses we put in.

Again, the whole build-up to the game may have been a factor in this, but the magnitude of the result didn’t seem to register. Even the end of season lap of appreciation was a subdued affair. Maybe this was a deliberate ploy by the club, because we don’t have anything to our name at the end of this season, but I think we’re in a position to check the renewal dates on our passports. Perhaps even go and get one for yourself if you’ve not got one currently. The loyalty points issue is a conversation for another day, but I am all for a nice early start to next season as my Saturdays will be rather bereft for the next couple of months. The more games, the merrier.

Nuno may be coy on the issue right now, but he understands how this is all going to play out. He took Rio Ave into Europe for the first time in their history in his first managerial job and I’ve no doubt he would relish doing the same with Wolves, a club of much greater resource and a foundation for performing better in the face of the biggest challenges. We’ve taken four points each off two of the current Europa League semi-finalists. There’s nothing to fear about Europe, as long as we add to the depth in the squad. I look forward to welcoming 350 Slovakians to Wolverhampton as we host Slovan Bratislava on a warm summer’s evening in July at The Golden Palace.

There’s just one thing to deal with before the end of this season now, with the potential derailment of Liverpool’s title challenge. For all of the PR stunts we’ve played out over the course of this season, getting a result from Anfield next weekend could be the biggest one yet. We seem to have a nation in our corner.