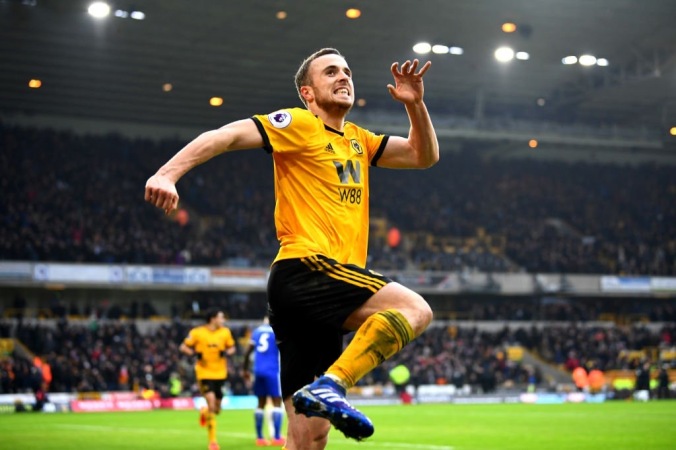 A winter break is a strange thing for us British football fans to be navigating. What is this soulless vacuum of football that we have to endure for a fortnight? What must we do with our weekends? I mean Brexit has obviously put paid to the notion of watching any of the European football on offer over the next two weeks, right?

So instead, we ponder, ruminate and we discuss: just how are Wolves doing at the moment?

We approach another of the many crossroads that we seem to have come across during Nuno’s tenure. Perhaps it’s important to be facing what could be considered a developmental yardstick next up, in the shape of Leicester City. The Foxes have had a somewhat convoluted journey to their current lofty position, peaking in the most improbably way before reverting to the mean and via a number of managerial changes finally settling into a groove that befits their squad and status in this country on current form. They of course have the benefit of no competition other than the FA Cup and Premier League from now until the end of the season.

Now man-for-man there really isn’t much to pick between the sides. Leicester will naturally curry favour with the media given their English core of Ben Chilwell, James Maddison, Harvey Barnes and Jamie Vardy, while they have arguably the exceptional full back in the league in Ricardo Pereira, But Friday’s fixture promises to be an intriguing affair between the two most eligible bachelors outside of the so-called ‘Top Six’.

Brendan Rodgers has many an opinion of him floating around the ether but it’s not always a positive one. ‘Brent’-an, in homage to The Office’s rather crude supremo, hasn’t always been taken seriously as a top-level manager but his impact from Swansea through to Leicester is undeniable. Thinking back to the Claude Puel era, there seemed to be a foregoing of ensuring Leicester’s key figures were prominent in favour of a systematic approach, which never set well. It was dull, predictable and as we saw in our home fixture last season, not very effective in getting results. Jamie Vardy in particular cut a frustrated figure and James Maddison didn’t even start that fixture. It is no surprise that these two are now the most prominent players in their surge up the table.

There will always be the caveat of a heavy workload so far in Wolves’ season but I can’t help but think we have had a number of opportunities to lift ourselves up the table. Games like the losses to Tottenham and Watford, draws with Brighton and Newcastle and even both defeats to Liverpool all feel like they could have been capitalised on. It’s not that we didn’t play well over the course of some of these fixtures – on the contrary, we played better in the Tottenham game than I think I have ever seen – but at times during those games we were unable to sustain periods of pressure which befit the ability amongst the squad.

This is where Leicester come in. For a side who I see essentially as our equal, they have been unforgiving in the way they have dealt with some of the lesser opposition in the league. We all witnessed how they decimated the ten men of Southampton at St Mary’s, and notwithstanding the reduced number of Saints on the field, it feels a far cry suggesting Nuno’s Wolves would go about their business in a similar way. Now we obviously haven’t felt the joy of going ahead in games very often this season, but we do feel like a more proactive team, with more complex patterns of play, especially in wide areas. This has to be built upon though.

The aforementioned Maddison and Vardy are the key to unlocking defences for Leicester, but whenever I’ve watched it stands to reason why this would be the case – they are constantly picking up the ball in the most dangerous parts of the pitch. Football can often be complicated beyond comprehension and Wolves are certainly a case in point when it comes to movements on the pitch – everything is well engineered and deliberate. But there is a lot to be said for getting your most dangerous players in the most dangerous positions, on the ball as often as possible.

Adama Traore is becoming increasingly important to Wolves but he can still be managed as a wing merchant – often you will see defenders happily cede space down the flank towards the touchline, safe in the knowledge they should be able to defend the cross. He is beginning to become more effective in-field though and subtle changes such as the one at Southampton away to bring him closer to goal and have Pedro Neto more central as well should ensure that Traore is picking the ball up in more dangerous areas.

This was also the case away to Man City when Nuno shifted Traore up alongside Raul Jimenez and the results were there for all to see. Diogo Jota naturally does this from the left flank and as often more of a threat to goal than Traore, although he hasn’t enjoyed the form he had at the end of last season. With the return of Jota, exciting form of Pedro Neto and the addition of Daniel Podence there is plenty of firepower there to pin defences back, whatever we come up against.

In essence, this is a hat tip to Brendan Rodgers and Leicester, who look set to secure a Champions League spot in a much more confident manner than they did previously, in spite of their title win. It’s a journey we find ourselves on, just a little behind the Foxes, but we need to find a way to ensure we clear all of our obstacles in order to achieve what we are more than capable of.

It’s been a while since we had a trip to Molineux and excitement is no doubt building for this Friday’s game – let’s show them what we’re made of.